Extreme athlete Ulrich Mattersberger has been involved as Ambassador of the WHSF ever since it was founded. He continues to cause quite a stir with his spectacular initiative, by means of which he helps support those who are suffering. Among other things, Mattersberger rode the Großglockner stage on the ergometer 14 times. 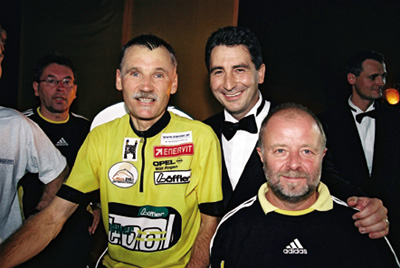 Christmas Eve by the donation phone 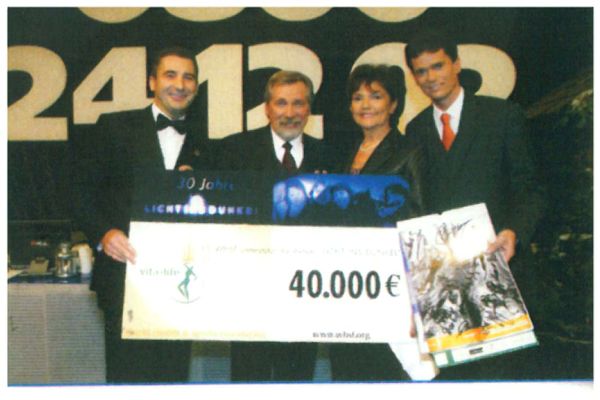 Top sponsor of the “Rome Run”

After 2001, the vita-life® WHSF was also top sponsor of the „Rome Run“ in 2002. At the fundraiser run, 30 runners carried the light of peace from Rome via Venice, Arnoldstein, Villach, the vita-life® EU headquarters, Velden, Klagenfurt, Graz and Mureck to Leibnitz. The athletes received the light from Pope John Paul II personally during an audience and carried it subsequently over a distance of 1100 kilometers to Styria. The runners were accompanied by a service team of 20 persons, a large bistro travel bus, which was also used for sleeping, 2 campers, 3 minibusses, 2 cars and a film team. The vita-life® WHSF equipped the runners with athletic clothes in the value of € 15,000.- and cared for the athletes with five MRS 2000+ systems. At the Licht ins Dunkel gala, held on 24 December 2002 at the ORF's regional studio Styria, part of the donations of € 20,000.-, which had been “earned by running”, were presented to the Styrian children's cancer aid and one family in need of social support. 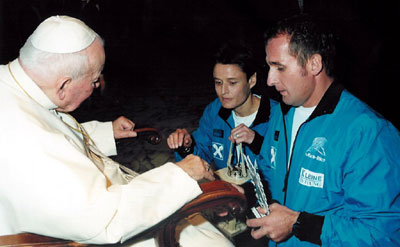 Support of “We help Help” gala

The vita-life® WHSF supported the „We help Help“ gala at the Vienna Metropol-Theatre with € 3,500.-. In addition, WHSF Ambassador “Galileo” was responsible for the atmosphere at the gala. Licht ins Dunkelbenefited from the revenues of the evening. 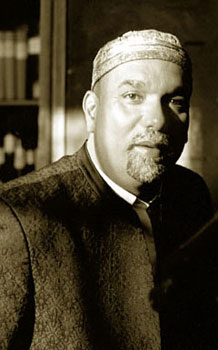 vita-life® business partner Wolfgang Wolfgruber is so impressed with the work of the vita-life® WHSF, that he decided to support the foundation with his race team. Since the 2002 season, the WHSF logo adorns the BMW race car. For 2003, the Special Olympics Germany logo will also be attached to the car. In addition, the BMW Charlet Racing Team donates € 10.- to Special Olympics for each round driven. 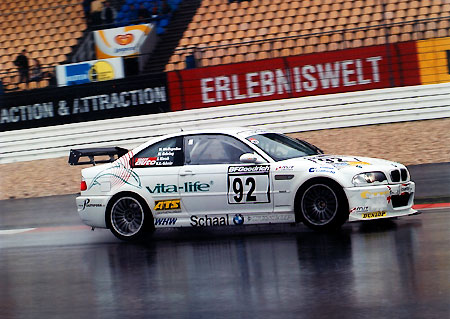 From 14 to 17 November, the tennis heroes of days past came together in Monte Carlo and showed that they had not forgotten anything yet. The vita-life® WHSF had the honour to organise the welcome evening of the Tamoil Tennis Legends of Monte Carlo. 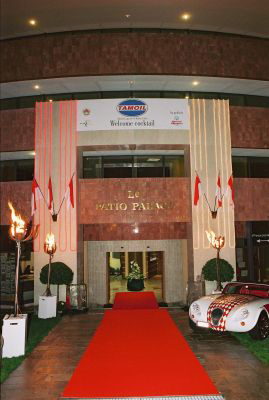 The vita-life® WHSF was a guest at the Paralympics Night in Düsseldorf. There, the WHSF foundation calendar and the stage set idea of the 3rd WHSP were presented to Federal Chancellor Gerhard Schröder and the Chairman of the Central Council of Jews in Germany Paul Spiegel. 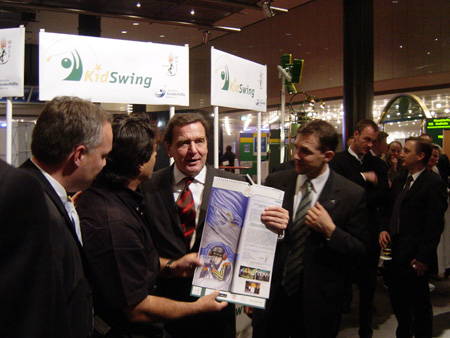 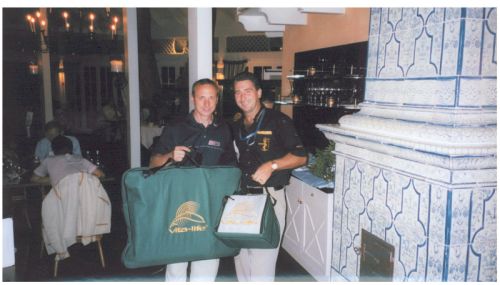 The vita-life® WHSF donated two MRS 2000 magnetic field systems to both world champions. Apart from this, all participants were cared for free of charge by the personnel and the MRS 2000 systems. 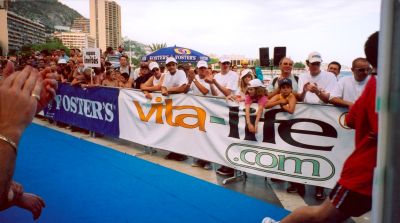 At the opening of the 9th Usedomer Music Festival, the vita-life® WHSF received an invitation to a dinner with Peace Nobel Prize winner Michail Gorbatschow and German Federal President Johannes Rau. 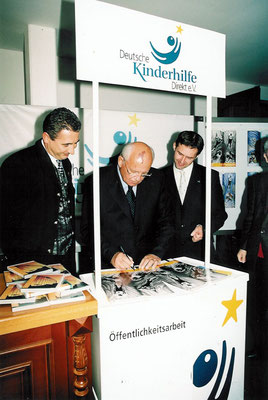 We are happy to be able to present a WHSF foundation calendar for the first time in 2003.
The model for the calendar is the twelve-part stage set specially designed by the Tirol artist Knud Tiroch for the vita-life® World Health & Sports Promotion 2002 in Seefeld. Each of the paintings depicts a celebrity athlete (among others: Henry Maske, Sven Hannawald, Frankie Fredericks) together with a disabled athlete, for whom they have accepted sponsorship. You now have the possibility to buy this unique work of art for the nominal charge of € 15.- and do a good deed by means of this. The projects supported by the WHSF will benefit directly from revenues from the calendar purchase price.

The vita-life® WHSF was partner of this exclusive invitation tournament for the first time. Through his skills, the WHSF Ambassador Anthony Netto caused a great stir with the press and the celebrity guests present at the event. Netto had the opportunity to play the 19th hole at the Casino Square together with Prince Albert of Monaco and golf legend Gary Player before the cameras. In addition, pop star Tamee Harrison was introduced to the public as a WHSF Ambassador. Personalities such as Roger Moore and Christopher Lee were impressed by Tammee's “musical” qualities. 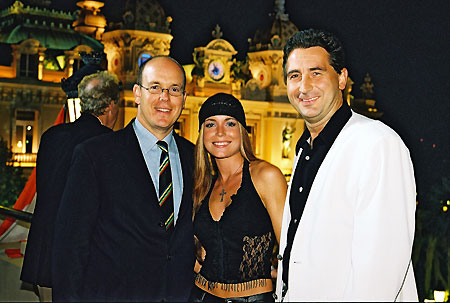 Under the motto “24-hour fundraiser marathon”, the 3rd WHSP gala took place in Seefeld from 30 August until 1 September. 40 journalists from five countries had come in order to report on the fundraiser event. More than € 270,000.- were collected by the vita-life® WHSF for charitable purposes at the event. The donations were presented to Licht ins Dunkel, the Henry Maske Foundation, the Star Team for Children, Special Olympics Germany and Silvano Betrametti. 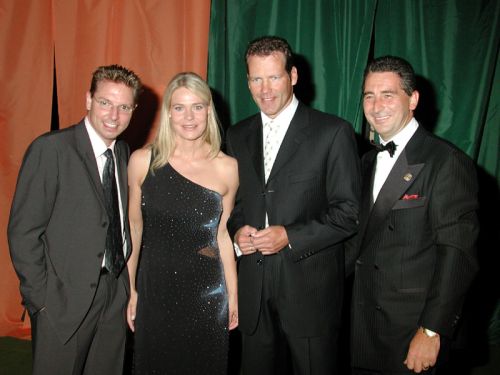 The vita-life® WHSF was partner of the Kärnten läuft half marathon. The foundation supported the running event with € 10,000.- and provided medical care for all players. The marathon was opened and lead by the Austrian snowboarding world champion Siggi Grabner, who drove in a Wiesmann Roadster “Edition Special Olympics Monaco” before the field. With Thomas Geierspichler and Reini Sampl, two wheelchair drivers also took part in the event, which was supported by the WHSF.

At the triathlon in Klagenfurt, the vita-life® WHSF supported the only Monegasque senior triathlete. He took the excellent 2nd place in his age class and qualified for the Ironman World Championship in Hawaii. 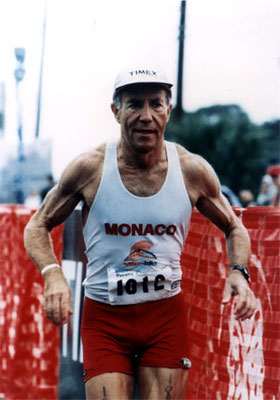 The National Summer Games were a successful start of a long-term cooperation between the vita-life® WHSF and Special Olympics Germany. 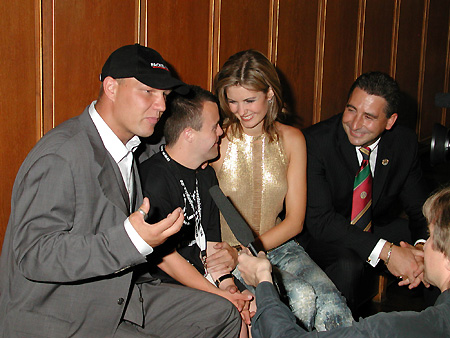 The National Summer Games were a successful start of a long-term cooperation between the vita-life® WHSFEvery two years, the International Lawn Tennis Club brings together former tennis legends such as Kevin Curren, Björn Borg and Peter McNamara.The vita-life® WHSF is official partner of this exclusive association which is under the auspices of Prince Rainier of Monaco.and Special Olympics Germany. 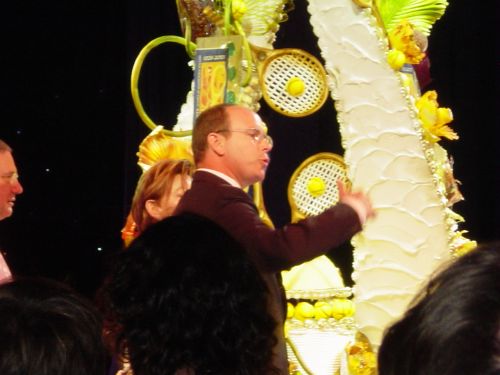 Opening of the “Waldhof” riding court

The opening of the “Waldhof” riding court was the first joint campaign of the vita-life® WHSF and its new cooperation partner Kids Care. At this wonderfully positioned riding facility, the Kids Care Foundation offers a unique form of therapy through contact with animals for mentally and physically disabled children.

Olympic fire before the Reichstag 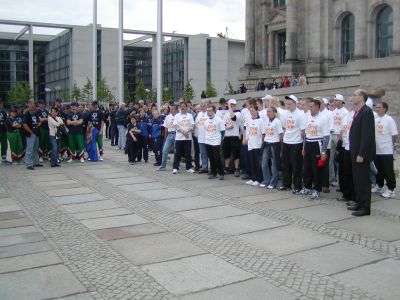 In cooperation with the Turkish Red Cross, the Turkish Foundation for Spinal Cord Paralysis and vita-life® Turkey, a television show was organised in Turkish television, in order to show the advantages of the magnetic field therapy. The vita-life® WHSF provided 100 magnetic field systems for the television programme, which were presented to disabled persons live on TV. 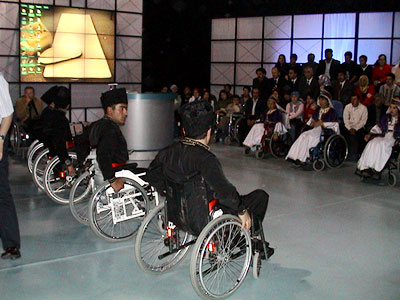 Prince Albert and his celebrity team “Star Team for Children” competed again against the Formula 1 pilots with their captain, the current World Champion Michael Schumacher. 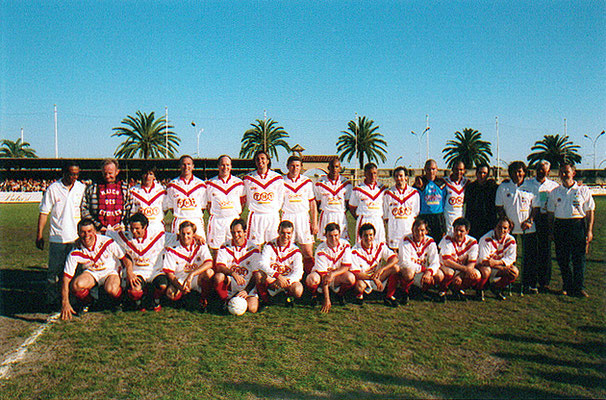