Support of “No Finish Line”

The vita-life® WHSF supported this extraordinary event for the first time. At the nine-day event, € 150,000.- were collected for orphaned children. Official sponsor of “No Finish Line” is the French football world champion Didier Deschamps. 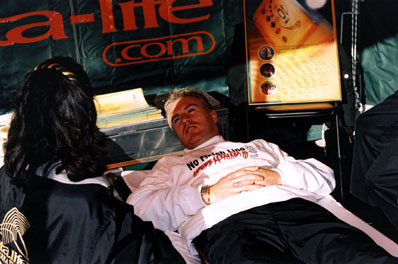 Since 16 September 2001, Austrian Moto Cross driver Ronni Großkopf has been paralysed from the fourth cervical downwards. With a tombola of the WHSF and a mobile playing table, accompanied by Casino Velden, a donation sum of ATS 93,000.- (€ 6,759.-) was collected at the opening of the vita-life® EU headquarters. The sum, as well as an MRS 2000+, enabled Großkopf to make an easier start towards a future worth living. 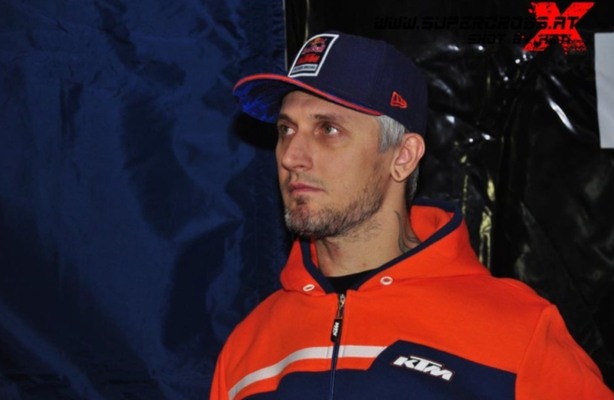 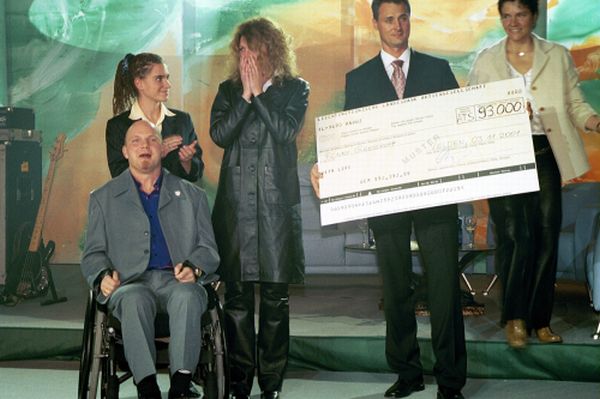 Opening of the vita-life® EU headquarters

The vita-life® European headquarters were opened in Velden during a great spectacle. 400 invited guests from the fields of sports, culture and politics were personally welcomed and invited to a tour of the EU headquarters by Ingrind Brandstöttner, Mario Hintermayer and Andreas Günther. 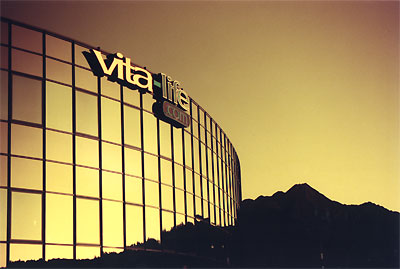 Support of the Eagles Charity Cup 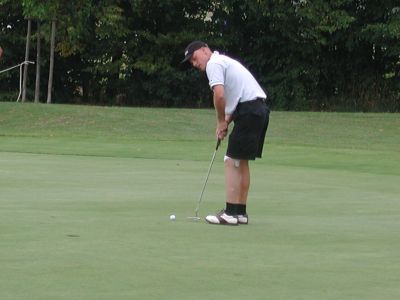 Participation in the Monaco Cart Cup

A cart of vita-life® WHSF has been participating in the international cart cup in Monaco since October 2001. Thanks to its good contacts with the Principality, the vita-life® WHSF cart drives with the start number 1. 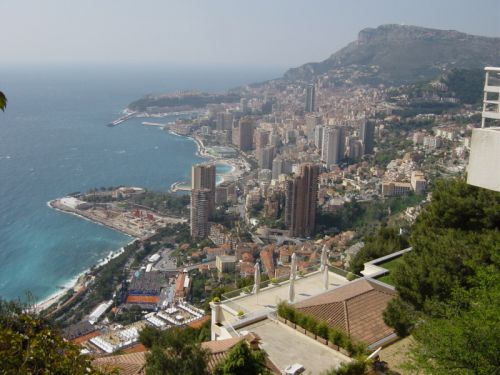 The 2nd WHSP gala in Seefeld passed off under the motto “Come together”. The highlight of the event was the auction of the Wiesmann Roadster "Edition Special Olympics Monaco". We were able to welcome many celebrity guests at the gala evening. Among the guests were Dame Shirley Bassey, Madame Calmes , Ilie Nastase, Lou Bega, Juliette, Frankie Fredericks, Michaela Dorfmeister and Andreas Wecker. The evening was hosted by Formula 1 commentator Kai Ebel. 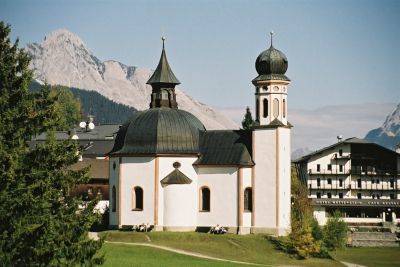 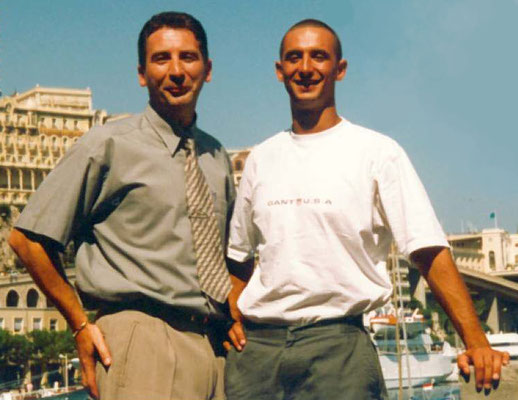 Support of the Kaiser Cup

The Kaiser Cup, under the organisation of Franz Beckenbauer, took place in Bad Griesbach. The vita-life® WHSF supported this event with DM 20,000.- (€ 10,226.-) and one MRS 2000+. The Franz Beckenbauer Foundation benefited from the revenues of the golf event. 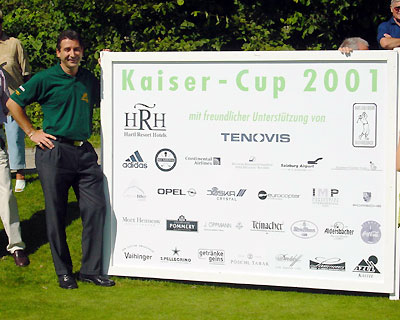 Partner of the Celebrity Triathlon

The vita-life® WHSF was partner of the Celebrity Triathlon in Monte Carlo in June 2001. Personalities such as Prince Albert of Monaco, Jutta Kleinschmidt, Christoph Sieber, Jutta Kraushaar, Christian Reich or Frankie Fredericks were only some of the well-known participants. 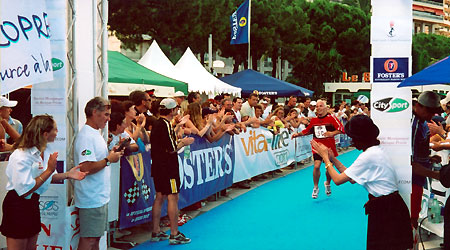 Before the start for qualifying, Bernie Ecclestone drove a round with the Wiesmann Roadster on the race track of the Formula 1 Grand Prix. Subsequently, he explained the project and the idea of Special Olympics Monaco to the impressed audience. In parallel, the vita-life® WHSF had invited celebrity athletes, such as Sven Hannawald, Gunda Niemann-Stirnemann, Jutta Kleinschmidt, Renate Götschl and the World Sports Award organiser Hubert Neupert to visit us in Monaco, so that we could also introduce the Foundation's idea to them. 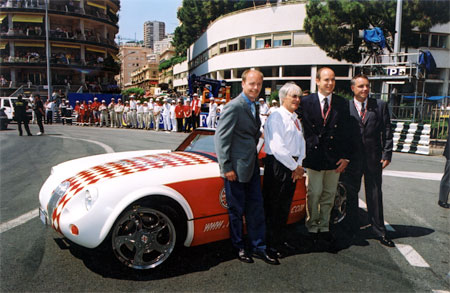 At the Porsche Super Cup, the vita-life® WHSF was involved in international motor sports for the first time. The WHSF logotype adorned the Porsche designed by Frank Bürmann. The race car was driven by the actor Richy Müller. 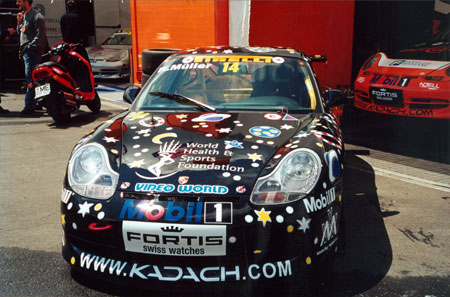 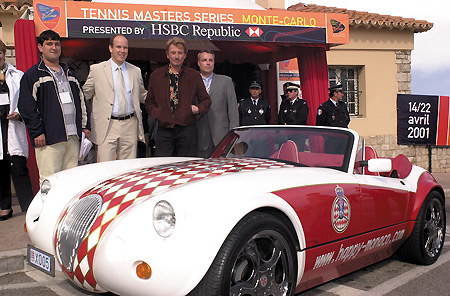 Support of the International Medical Congress

Upon the wish of Prince Albert of Monaco, the vita-life® WHSF became involved with the International Medical Congress of sports doctors in Monte Carlo. Organiser of the event is dr. Patrick Couvert, tournament doctor of the Monte Carlo Open and personal medical advisor of Prince Albert. 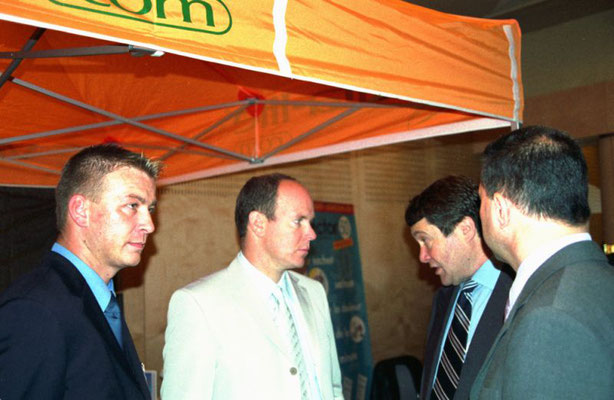 The vita-life® WHSF was partner of the charity football game between the “Star Team for Children”, lead by Prince Albert and the Formula 1 stars with Michael Schumacher as captain, in Monte Carlo for the first time. A mountain bike, which had been donated by vita-life® WHSF, was raffled in the half-time break of the game. The fundraiser game aired live on the TV channel Eurosport. 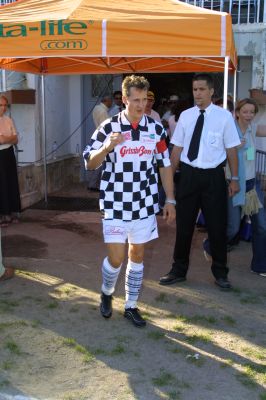 Support of the home for the disabled promoted by Princess Stephanie

On the behalf of vita-life® WHSF, Mario Hintermayer and Max Bänninger donated two MRS 2000+ to the A.M.A.P.E.I.  home for the disabled. The project stands under the personal auspices of Princess Stephanie of Monaco. More than 50 disabled persons are cared for at this day care centre. 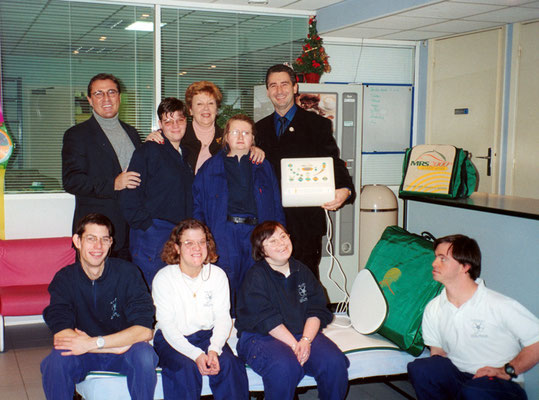 Support of the World Sports Award

The vita-life® WHSF is partner of the World Sports Award Foundation. Extraordinary events took place in 2000 in Vienna and in 2001 in the London Royal Albert Hall. Personalities such as Muhammed Ali and Roger Moore were guests and received an MRS 2000+ from the vita-life® WHSF, for the support of their health. 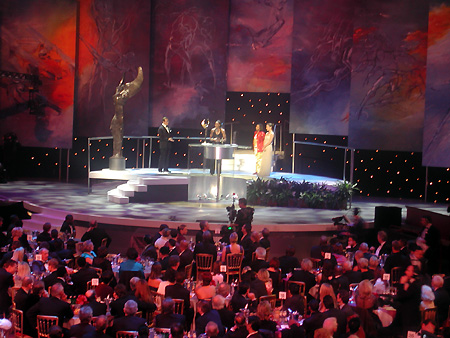 At the Monte Carlo Rally, the vita-life® WHSF presented the Wiesmann Roadster in the Monegasque country colours. The car, which attracts great interest with every appearance, became the first official WHSF Ambassador. The “beauty“ was already in the centre of several TV shows and newspaper reports. In October 2000, during the 2nd WHSP, the car was auctioned for DM 300,000.- (€ 153,388.-). The revenue from the auction financed 100 per cent of the Special Olympics European Swimming Championships in Monaco. 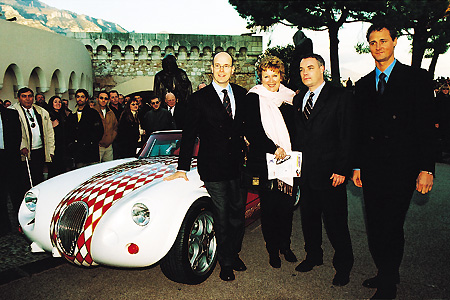