e vita-life® WHSF supported the former Austrian football talent Robert Mayer with ATS 35,000.- (€ 2,544.-) as well as an MRS 2000+. After a tragic accident, Mayer lost a lower leg and is now, with the help of a special leg prosthetis, re-engaged in performance sports, in track and field for the disabled. The donation sum was collected from the revenues of a tombola carried out during the presentation of the vita-life® cart team at Casino Velden. 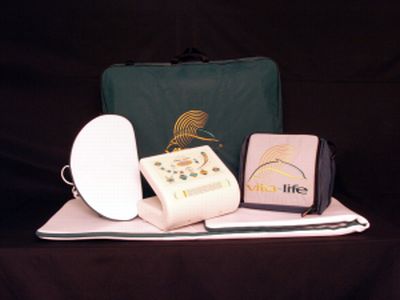 Kenrick Georg Palmer, who comes from Jamaica, was a football player and dressman, before becoming paralysed by an accident in 1997. Since the 1st WHSP, Palmer has been receiving financial (ATS 35,000.-/€ 2,544.-) and medical (MRS 2000+) support. In 2000, Palmer began practising for the Austrian State Championships in disabled bodybuilding. He immediately became State Champion and took the 2nd place at his first WC participation. 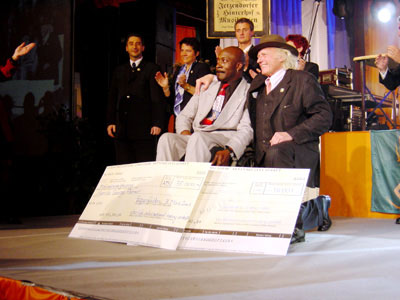 The vita-life® WHSF supported the former ice hockey professional Sascha Benes with ATS 70,000.- (€ 5,087.-) and an MRS 2000+. During a Federal League game in December 1997, at a body check, Benes was hit on the head so unfortunately, that he became paralysed from his upper body downwards and tied to the wheelchair ever since. At the 1st WHSP, Benes received a donation cheque and the magnetic field system. 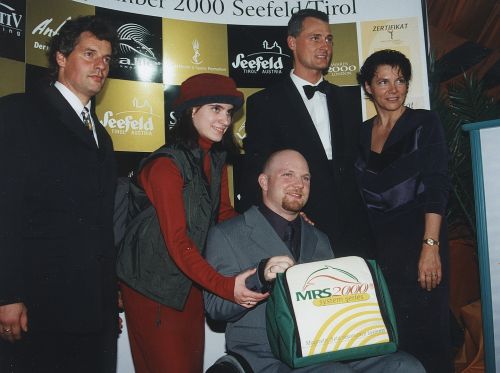 At the 1st World Health & Sports Promotion, the vita-life® WHSF was brought to life by the three vita-life® founders Andreas Günther, Ingrid Brandstötter, Mario Hintermayer and vita-life® International. Around 1,500 guests could be welcomed at the event in Seefeld. Among them were 100 top athletes from Germany, Austria, Switzerland and Italy. 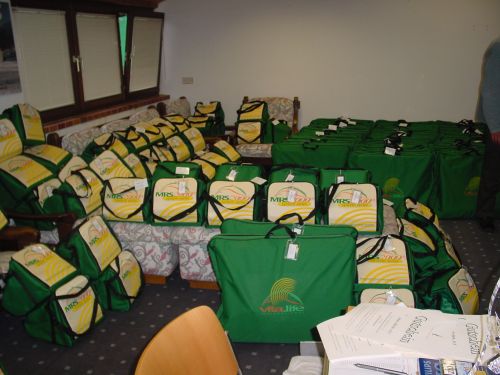